Governor Hogan announced the membership of an Asian American Hate Crimes Workgroup, whose new chair Robert Hur has announced it seeks input from the public to help guide its work.

From the Governor’s office:

Governor Larry Hogan today announced the members of the new workgroup to address the rise in hate crimes against Asian Americans, which will be led by former U.S. Attorney Robert K. Hur. First announced last month, the workgroup’s mission is to develop strategies, recommendations, and actions to address the rise in violence and discrimination targeting the Asian American community.

The governor and Mr. Hur met with the members of the workgroup virtually this morning to thank them for agreeing to serve on the panel. 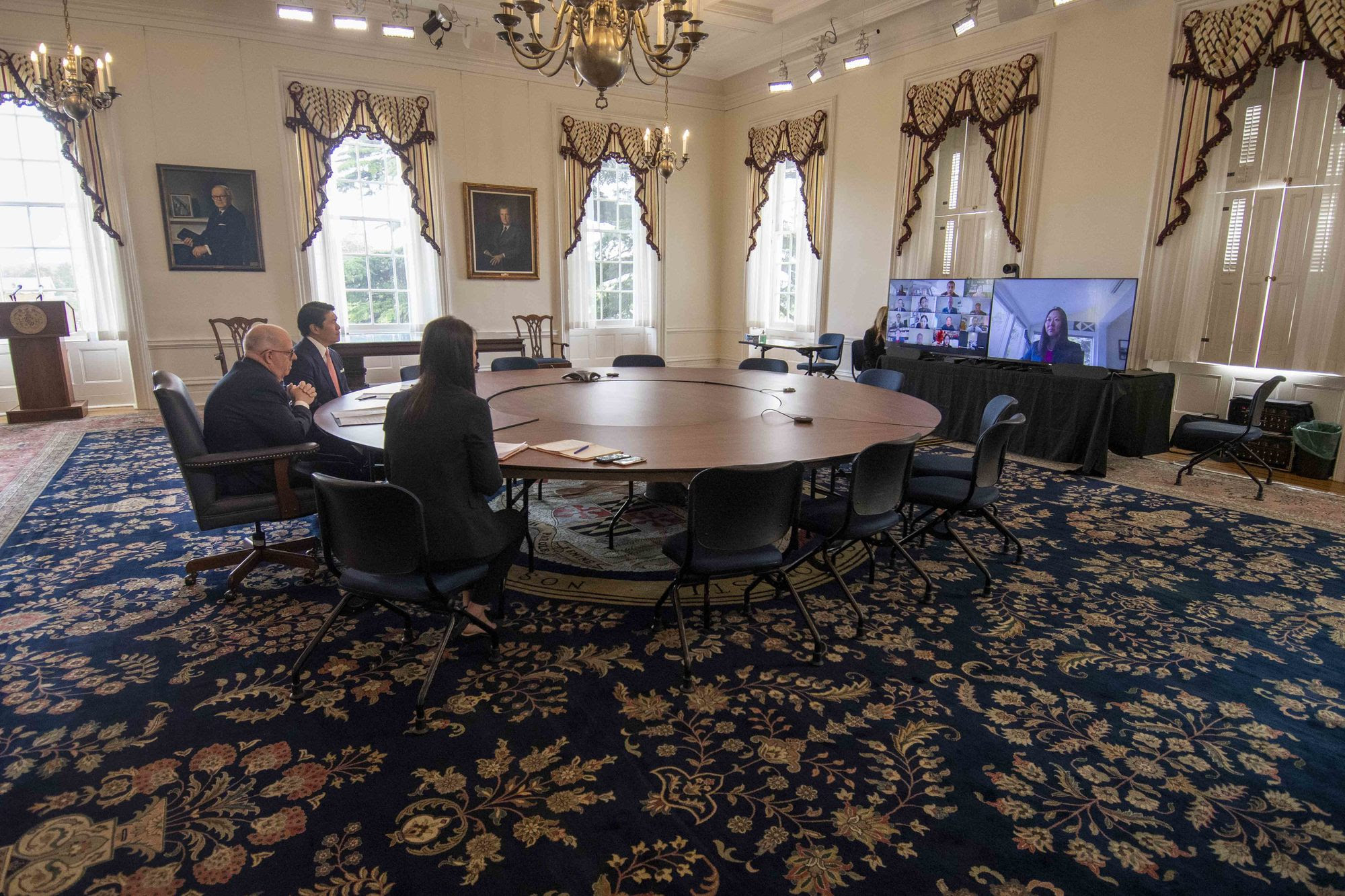 “We continue to see violent and unprovoked attacks on Asians in Maryland and all across the country,” said Governor Hogan. “This workgroup is composed of experts and advocates across various disciplines who will be tasked with developing recommendations, strategies, and additional actions that can be taken to address this rise in anti-Asian activity. With Rob Hur’s leadership, I am confident that this workgroup will act with both the urgency and the thoughtfulness that the moment demands.”

“I’m grateful to Governor Hogan and the First Lady for focusing attention on bias and violence against Asian Americans, and to the talented members of the workgroup who have volunteered their time and energy to help drive our collective efforts,” said Chairman Hur. “I’m excited to begin our important work of developing and presenting thoughtful proposals to the governor. No one, including Asian Americans, should have to fear threats based on their physical appearance.”

The workgroup invites members of the public to submit input and comments by emailing asian.workgroup@maryland.gov. Learn more about the workgroup here.

Biographies of the members of the workgroup are listed below in alphabetical order:

Pastor Daniel S. Baeq has been the senior pastor at Bethel Korean Presbyterian Church since 2015. He was a missions pastor at a Korean-American church in Virginia before being a missionary to Cambodia. In 2011, he also established the Paul G. Hiebert Global Center for Intercultural Studies at the Trinity Evangelical Divinity School (TEDS).

Leticia Barr is a computer science teacher in Montgomery County Public Schools. In 2008, she founded Tech Savvy Mama, a website aimed at helping parents navigate parenting in the digital age. She currently serves on the educational advisory board for Responsibility.org.

Dr. Eugenia Henry is the founder and president of H2O Clinical, LLC, a company that performs data management and statistics for clinical trials. Dr. Henry has worked in the health industry for more than 30 years. She received Taiwan’s overseas Bedrock Entrepreneur Award in 2017 for small and medium enterprises. She also received the Huaguan Award from the Global Federation of Chinese Business Women (GFCBW) in 2016. Currently, she serves as a commissioner representing Baltimore County on the Maryland Commission for Women.

Robert K. Hur is a partner in the Washington, D.C. office of Gibson, Dunn & Crutcher. Presidentially appointed and unanimously confirmed by the U.S. Senate, he served as the 48th U.S. Attorney for the District of Maryland from 2018 to 2021. He previously served as the Principal Associate Deputy Attorney General with the Department of Justice in Washington, D.C.

Captain Jeffrey Kloiber is a 24-year veteran with the Maryland State Police. He currently serves as the commander of the Criminal Intelligence Section and the deputy director of the Maryland Coordination and Analysis Center (MCAC). As deputy director of MCAC, Captain Kloiber manages personnel from multiple federal, state, and local agencies focused on combatting terrorism and criminal activity in Maryland, which includes the production of an annual assessment of all hate/bias incidents reported to law enforcement in the state.

Lien Cu-Ritzer has worked in the medical management field for 16 years at MedStar Georgetown University Hospital and several private practices. Cu-Ritzer joined Ritz Construction, Inc. in 2007 until she assumed the role of president in 2013. The company has grown from a team of three to now over 40 full-time employees under her leadership.

Chiling Tong is the president of the National Asian & Pacific Islander American Chamber of Commerce and Entrepreneurship and the founding president of the International Leadership Foundation. She is a commissioner on the Governor’s Commission on Asian Pacific American Affairs. Tong has been a member of the President’s Advisory Commission on Asian Americans and Pacific Islanders and on the Board of Directors of the Congressional Awards Board for young leaders. She previously served as a Deputy Assistant Secretary in the Department of Commerce and was an Ash Center Research fellow at the Harvard Kennedy School.

Marcus L. Wang, Esq., is the co-founder, president, and general manager of the Baltimore-based ZytoGen Global Genetics Institute. Prior to ZytoGen, Wang was recruited by publicly traded apparel brand Under Armour to lead its expansion into the China market. Wang currently serves as a commissioner for the Maryland Health Care Commission, and as chair of the Baltimore County Economic Development Advisory Board. He is licensed and admitted to practice as an attorney in the State of New York.

Janelle Wong is a professor at the University of Maryland, College Park, and a core faculty member in the Asian American Studies Program. She was a co-principal investigator on the 2016 National Asian American Survey and 2020 Asian American Voter Survey, nationwide surveys of Asian American political and social attitudes. Her advocacy work has focused on support for affirmative action, voting rights, and other Asian American issues.